The Ghosts of Altona by Russell Craig 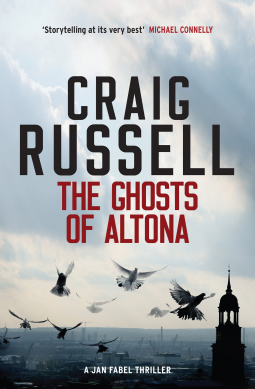 Synopsis:
Fabel is back: scarred by an experience that has changed him for ever and haunted by his past, he investigates the biggest case of his career
Jan Fabel is a haunted man.Head of the Polizei Hamburg's Murder Commission, Fabel has dealt with the dead for nearly two decades, but when a routine enquiry becomes a life-threatening - and life-changing - experience, he finds himself on much closer terms with death than ever before.

Two years later, Fabel's first case at the Murder Commission comes back to haunt him: Monika Krone's body is found at last, fifteen years after she went missing. Monika - ethereally beautiful, intelligent, cruel - was the centre of a group of students obsessed with the gothic. Fabel re-opens the case. What happened that night, when Monika left a party and disappeared into thin air?

When men involved with Monika start turning up dead, Fabel realizes he is looking for a killer with both a hunger for revenge and a taste for the gothic. What he doesn't know is that someone has been aiding and grooming a deranged escapee as his own, personal tool for revenge.

A truly gothic monster to be let loose on the world.

There are several interconnecting threads running through the storyline of The Ghosts of Altona and a plethora of characters.  Following the discovery of a woman's remains Jan Fabel the central character reopens one of his first cases, an unsolved disappearance from 15 years ago. The discovery triggers a series of new murders. As the story unfolds we meet some odd seemingly unrelated individuals, including Zombie and Frankenstein, and we drop in on a group of people who regularly meet to talk about their near death experiences (NDE).

Craig Russell's characters in The Ghosts of Altona are not stereotypical but complex individuals neither entirely good, or evil.  They are flawed, depraved, sociopathic, psychopathic, innocent, naive, and charming. Traumatic experiences have shaped them into what they have become or maybe they're just unfortunate to have inherited some very bad genes.

Craig Russell writes intelligently and with sensitivity about a key characters mental illness, and of another's medical condition which has resulted in horrendous physical abnormalities. Incredibly powerful and thoughtful stuff!  It was  difficult to truly hate the 'the bad guys' even though I still wanted to see them get their just deserts.

Initially I thought the ending rather abrupt but after mulling it over actually appreciated the opportunity to draw my own conclusion as to what I wanted to happen between the characters.  Maybe there's more to come in a follow up as an opening is certainly there.

I discovered Craig Russell writing as Christopher Galt last year with, in my opinion the totally underrated, Biblical. An intelligent, compulsive, sci-fi read and I really wanted to read more from him.

* Biblical is out now (April 2015) in paperback with a new title, The Third Testament. 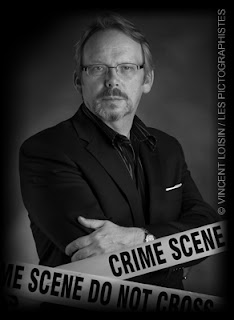 Craig Russell has worked as a police officer, freelance writer and creative director.
His Fabel novels were inspired by his long-standing interest in the language, culture and people of Germany. The Lennox novels, set in 1950s Glasgow, were inspired by Russell's fascination for the period and love of the unique character of the city.

His novels are translated into twenty-three languages worldwide.

In 2007, Craig Russell was awarded the highly prestigious Polizeistern (Police Star) by the Polizei Hamburg, the only non-German ever to receive this award. He was nominated for the 2007 CWA Duncan Lawrie Golden Dagger, the world's biggest literary award for crime writers, as well as the SNCF Prix Polar in France. In 2008, Craig Russell won the CWA Dagger in the Library. In 2013, he was nominated for the CWA Ellis Peters Historical Dagger.
Source: CraigRussell.com

Disclaimer: A complimentary digital copy of The Ghosts of Altona was provided by Quercus via NetGalley in exchange for an honest unbiased review.