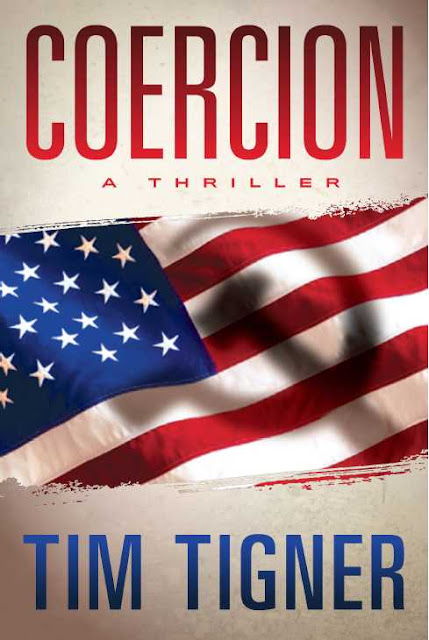 Coercion Synopsis:
The phone rings and the offer is made, leaving you only seconds to decide. Betray your country, or watch your family drop dead before your eyes.

After the Iron Curtain’s collapse, Russia appears to be finished as a superpower. But KGB general Vasily Karpov is secretly working to restore Russia’s status by forcing Americans into traitorous acts of espionage and sabotage, with the aid of a new secret weapon. Meanwhile, his biggest target is within Russia, where Karpov is plotting to capture the Kremlin for himself.

Former US soldier and spy Alex Ferris becomes the first to fathom Karpov’s grand plans. Racing from San Francisco to Siberia, Alex must elude ambushes, assassins, and death from exposure as he wages a one-man war against a growing global threat and the resurgence of the Soviets.

“Tim Tigner is a masterful storyteller with a nose for intrigue and a careful eye for historical detail. Set in the aftermath of the collapse of the Iron Curtain, his latest book, “Coercion,” is a compelling tale of espionage and betrayal, one that will leave its readers wanting more.”  — James A. Baker, III, 61st U.S. Secretary of State

My Thoughts:
A team of scientists working in Russia have been wiped out in order to keep secret knowledge of the latest weapon they were working on.  The weapon? The Peitho Pill, aptly named after the Greek goddess of persuasion.  In the right hands (or wrong in this instance) this weapon will cause the ultimate shift in power from the US to the USSR.  Once the pea sized pill is injected into its victim, the target will not be harmed as long as he does the controllers bidding.  Should he fail in any way, either he or his loved ones will pay the price.

Frank Ferris a brilliant scientist apparently commits suicide. Alex Ferris, our main protagonist, does not believe that his twin brother would kill himself and decides to find out what really happened.

Victor Tito, a 'sleeping agent', and citizen of the USA, has been awoken and summoned back home to the USSR to receive new orders from Vasily Karpov a KGB General.

The action is about to ramp up and escalate...just hold on tight and enjoy the ride.

With a multitude of characters to keep track of,  a useful “Cast of Characters” list is included at the beginning of the book. After an initial period of confusion mainly over the Russian names, I quickly recognised who was who and only referred to the list as and when new characters appeared.

Tigner spent some considerable time as an intelligence agent in Russia, at the end of the cold war, and it is obvious that he has drawn upon his extensive field of expertise and experience to bring some authenticity into play in this novel.  Even so, there is still a large element of belief suspension required as Coercion is pure entertainment with our action-hero on a 'mission impossible', and one who always manages to save the day. Coincidences features highly in the plot, and our invincible hero is always in the right place at just the right time.

Coercion is a high octane political thriller about power, control, loyalty and trust. It is an exceptional, and intelligently written espionage thriller with well developed characters, including some pretty formidable ones at that.

I would have no hesitation in recommending Coercion to fans of Lee Child, Robert Ludlum, and Vince Flynn or to fans of Mission Impossible and The Jason Bourne films.

Certainly, it has everything you'd want from an action packed, fast paced spy-espionage read and I seriously hope that this is the start of a great series as I think it would certainly give Jack Reacher a run for his money.

Disclaimer: A complimentary copy of Coercion by Tim Tigner was provided by the publisher via TLC Book Tours in exchange for an honest unbiased review.

About Tim Tigner
Tim began his career in Soviet Counterintelligence with the US Army Special forces, the Green Berets. With the fall of the Berlin Wall, Tim switched from espionage to arbitrage. Armed with a Wharton MA rather than a Colt M16, he moved to Moscow in the midst of Perestroika. There he lead prominent multinational medical companies, worked with cosmonauts on the MIR Space Station (from Earth, alas), chaired the Association of International Pharmaceutical Manufacturers, and helped write Russia’s first law on healthcare.
Moving to Brussels during the formation of the EU, Tim ran Europe, Middle East, and Africa for a Johnson & Johnson company and traveled like a character in a Robert Ludlum book. He eventually landed in Silicon Valley, where like minds with wild ideas come to congregate around the creation of (nightmares and) dreams. Now he launches new medical technologies as a startup CEO, and devises devious devices for fictional characters who aim to change the world.
Tim grew up in the Midwest and Europe, earning a BA from Hanover College and then a MBA in Finance and a MA in International Studies from the University of Pennsylvania. He now lives with his wife Elena and their two daughters in Northern California.
Please visit timtigner.com for a free eBook. You’re also welcome to reach Tim directly at tim@timtigner.com. 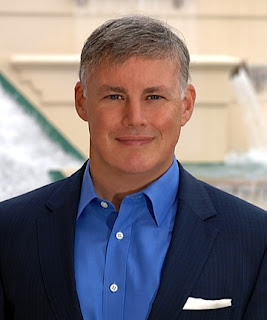