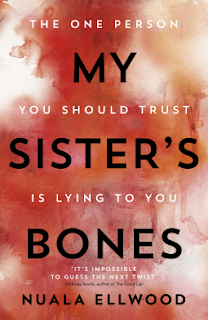 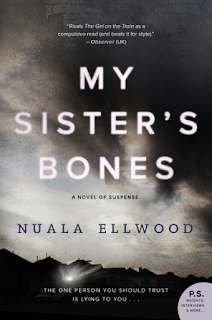 Disclosure: I received an advanced digital copy of this book from TLC Book Tours and the publisher in order to take part in this tour.
Synopsis:
“Rivals The Girl on the Train as a compulsive read (and beats it for style). — Observer (UK)"
In the vein of Fiona Barton’s The Widow and Renée Knight’s Disclaimer, a psychological thriller about a war reporter who returns to her childhood home after her mother’s death but becomes convinced that all is not well in the house next door—but is what she’s seeing real or a symptom of the trauma she suffered in Syria?

The One Person You Should Trust Is Lying to You…
Kate has spent fifteen years bringing global injustice home: as a decorated war reporter, she’s always in a place of conflict, writing about ordinary people in unimaginable situations. When her mother dies, Kate returns home from Syria for the funeral. But an incident with a young Syrian boy haunts her dreams, and when Kate sees a boy in the garden of the house next door—a house inhabited by an Iraqi refugee who claims her husband is away and she has no children—Kate becomes convinced that something is very wrong.

As she struggles to separate her memories of Syria from the quiet town in which she grew up—and also to reconcile her memories of a traumatic childhood with her sister’s insistence that all was not as Kate remembers—she begins to wonder what is actually true…and what is just in her mind.

In this gripping, timely debut, Nuala Ellwood brings us an unforgettable damaged character, a haunting , humanizing look at the Syrian conflict, and a deeply harrowing psychological thriller that readers won’t be able to put down.

My Thoughts:
My Sister's Bones is a dark and disturbing novel set in the present day chaotic, violent Hell-hole of war torn Aleppo, and the scenic predictable, mundane coastline of Britain's Herne Bay in Kent.

Kate Rafter has returned home prematurely from her latest assignment as a female foreign war correspondent after the recent death of her mother, and thrust back into the fractured relationship with her resentful alcoholic sister Sally.

In the opening scene we meet Kate as she is being detained and questioned by, who appears to be, a police psychologist after displaying some very erratic behaviour and making accusations about a neighbour. She is being tormented by voices, visions and flashbacks and it is apparent that Kate is suffering from PTSD after several assignments reporting and witnessing violence, and the unrelenting devastation of war.

It is during these flashbacks, and heartbreaking revelations of a childhood tragedy, parental violence, and abuse that we find out eventually how much is real or imagined as she struggles to, keep hidden but at the same time, face the demons coming at her from all angles.  It is also a fascinating examination of how memories are formed, of how reliable they may be after years have passed, and of how individuals remember events very differently, and how using different coping mechanisms for survival have affected them.  I loved the author's in-depth perceptiveness and understanding of the human condition and of how life's experiences can mould a persons character and personality.

However, as much as I loved 'My Sisters Bones' I didn't feel the domestic crime element of the mysterious neighbour added value or substance to the storyline, even so Nuala Ellwood has written a superior, powerful thought provoking mystery thriller that, for me, only just fell short of a 5 star rating.

Highly recommended for fans of twisty-turny, creepy psychological thrillers with unreliable female protagonists, and untrustworthy supporting characters such as in, 'The Girl On The Train', 'Gone Girl', and 'The Widow'.

I am very excited about this author's debut and looking forward to reading her next novel.

Nuala Ellwood is the daughter of an award-winning journalist. Inspired by her father’s and other journalists’ experiences with post-traumatic stress disorder, she gained Arts Council Funding for her research into the topic and ultimately made it the main theme of My Sister’s Bones, her debut psychological thriller.
Find out more about Nuala at her website, and connect with her on Twitter.