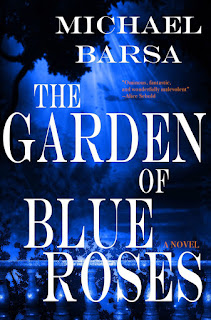 Disclaimer: A digital review copy was supplied by the author to participate in the tour

Perfect for fans of horror, psychological and suspense thrillers

Description:
“Ominous, fantastic, and wonderfully malevolent…. I felt the spirits of Shirley Jackson, Edgar Allan Poe, and Albert Camus’ Meursault, whispering to join the fun.”— Alice Sebold, best-selling and award-winning author of The Lovely Bones
A car lies at the bottom of an icy ravine. Slumped over the steering wheel, dead, is the most critically acclaimed horror writer of his time. Was it an accident? His son Milo doesn’t care. For the first time in his life, he’s free. No more nightmarish readings, spooky animal rites, or moonlit visions of his father in the woods with a notebook and vampire make-up.
Or so he thinks.

Milo settles into a quiet routine—constructing model Greek warships and at last building a relationship with his sister Klara, who’s home after a failed marriage and brief career as an English teacher. Then Klara hires a gardener to breathe new life into their overgrown estate. There’s something odd about him—something eerily reminiscent of their father’s most violent villain. Or is Milo imagining things? He’s not sure. That all changes the day the gardener discovers something startling in the woods. Suddenly Milo is fighting for his life, forced to confront the power of fictional identity as he uncovers the shocking truth about his own dysfunctional family—and the supposed accident that claimed his parents’ lives.

My Thoughts
Milo is pleased that his sister Klara has returned home after the failure of her marriage and attempted escape from their parents hold. There is a real sense of creepiness and unease which seeps from within the claustrophobic familial walls, and of an unnerving comprehension of impending doom.  Shortly after Klara’s homecoming their parent’s are killed in a car accident on their way to a book reading.

‘The bodies were in the basement, on slabs of steel—Mother with shards of her sunglasses still nestled in her platinum bob and Father in his tweedy, seedy best. "I think I see Father breathing," I whispered to Klara. She gave me a stern look and told me to hush. I would not. Instead I began poking him in the face to wake him up. Even when his head flopped to one side and his jaw hung open crookedly, I laughed and said: "What an actor!" I didn't trust his death. Father was an author. He was words. You can't kill words—can't lock them up and drive them off a cliff.’

Full of foreboding benevolence ‘The Garden Of Blue Roses’ is interspersed with a playfulness and dark humour displayed through the odd behaviour and interaction of its socially inept narrator. Milo is naive and unable to function ‘normally’ outside of his family environment. He just doesn’t understand the rules of social engagement and its certainly apparent, almost immediately, that there’s something just not right about him. Is he a creation of his father’s twisted nurturing? Or, perhaps his mother’s distant and neglectful aloofness? Maybe both have played a part.

“Beauty without context. I saw how Klara hung on his every word, how her breath fluttered like an excited bird’s.”

I simply adored the stylishly beautiful writing and above is an example of just one sentence which froze me in motion as I too felt the heart flutter and breath trembling of Klara and her idolatry emotions.

Klara becomes fixated with Henri a gardener she’s hired to transform ‘the grounds’ into something spectacular in remembrance of their parents.  Milo doesn’t like Henri. He doesn’t trust him. He knows he’s an evil character who has climbed out from the pages of his father’s infamous novel about a psychotic murderer.

Barsa has created a haunting, ambiguous tale that kept me second guessing right the way through with such a highly dysfunctional family and unreliable characters. It was impossible to know who or what to believe. This is an exceptionally well written ‘literary’ debut comparable to such titles in the modern gothic genre as, Andrew Michel Hurley’s ‘The Loney’, and the chilling ‘A Headful Of Ghosts’ by Paul Tremblay.

‘The Garden of Blue Roses’ is a gothic novel with a difference.  The subtle fun element lifts the mood in parts. It worked brilliantly and I absolutely loved its uniqueness. 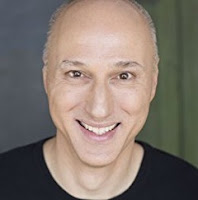