Disclaimer: Thank you to the Publisher and TLC Book Tours for a complementary D-ARC in exchange for my unbiased and honest review.
Synopsis:
THE MONSTER‘S DAUGHTER is a tale of race and murder that takes readers through South Africa’s remarkable history. It’s a mix of the personal and the political, the past and the present.

After a fling with one of her superiors, young policewoman Alet Berg is reassigned from her big city beat to a small village in the country, where she makes a horrific discovery: the body of a young woman, burned beyond recognition. None of the villagers are willing to speak, especially to a transplant from the city whose stubbornness rubs even her colleagues the wrong way. But it’s also a dangerous case for reasons that Alet can’t know — reasons that go back one hundred years to the height of the Boer War, and a British doctor who conducted a series of grim experiments on Boer concentration camp prisoners. His work ended in chaos, but two children survived.

Pretorious was born and raised in South Africa, and she wrote the novel partly as a way to understand her country’s history, a history that her family (like many others) didn’t discuss. THE MONSTER‘S DAUGHTER is a gripping thriller, and a fascinating look at 100 years of buried history.

“Michelle Pretorius is a funny, surprising and fearless writer. The Monster’s Daughter is at once a historical thriller that reckons seriously with South African politics, an imaginative piece of speculative fiction, and a stereotype-busting roller-coaster ride of a novel. I loved it.” —Audrey Niffenegger, author of The Time Traveler’s Wife—Audrey Niffenegger, author of The Time Traveler’s Wife

My Thoughts:
Well it's day two of the TLC Book Tour for Michelle Pretorius' 'The Monster's Daughter and here's what I thought of it.  2010 - Modern Day (Post Apartheid South Africa) Constable Alet Berg has been demoted and relocated to serve her probation on traffic duty in Unie a small quiet, 'out of the way' town. At the discovery of a badly burned body, and desperate to get into something more exciting, Alet deviously manoeuvres herself into position to assist Mathebe the local chief investigating officer in solving the crime.  During the course of the investigation she will unwittingly uncover involvement of prominent townsfolk in crime and corruption on a vast scale, spanning several decades.

1901 - At the height of the 2nd Boer War the British are destroying all property, land and livestock belonging to any Boer they encounter under 'the scorched earth' policy.  Jooste is one of the marauding party and he relishes in the destruction and pillaging opportunities.  Although a Boer himself, Jooste has no loyalty to anyone but himself and will change allegiance to whomever he will best profit from. At one such farm raided is a young girl, Anna, and her little brother who are rounded up and imprisoned at one of the British run concentration camps. It was heartbreaking to hear about the horrendous camp conditions and the inhumane treatment that the women and children, who were the majority of the prisoners, received from their captors and from each other in their struggle to survive. Sanitary conditions were appalling and disease rife and of which many would succumb and with many more dying the lingering agonising slow death of starvation.

We meet up again with Jooste in his search for young healthy looking girls, to abduct and hand over to a doctor for his secret genetic medical research. Anna is one of his victims but in exchange for submitting to the experiments she receives food and a safe place to sleep. Anna and the other girls at the doctor's mercy may just survive the horror of the concentration camp.

Two surviving children are the result of these latest experiments, Tess and Benjamin, both with strange characteristics and suffering from what is thought to be stunted growth. We follow them as they mature to adulthood and find their way in a country full of prejudice and violence.

The first part of the book resonated with me so powerfully and was the most compelling and unsettling to read.  Dialogue runs smoothly and believably and with the full bodied development of key characters I found it highly plausible and indicative of the times portrayed. With all too vivid imagery the characters felt real and I absolutely believed in them, so much so I was devastated when the story moved on without them.

The Monster's Daughter is narrated in dual timelines with the majority unfolding progressively from the 1900's through to 2010 where Alet's investigation will lead her to research back in time in order to solve the present day murder.

An hugely ambitious multi genre, part speculative, part historical political fiction, all encompassed into a murder mystery thriller, this debut is a credit to the author and one I highly recommend.  Book groups would find 'The Monsters Daughter' of particular interest as there would be a fantastic amount of content to discuss.

MICHELLE PRETORIUS was born and raised in South Africa. She received an MFA in Fiction Writing from Columbia College Chicago and is currently a PhD candidate at Ohio University. She has written for numerous publications, including Bookslut, Word Riot, and the Copperfield Review. She is a recipient of the John Schultz and Betty Shiflett prize and lives in Athens, Ohio.
TLC Book Tours TOUR STOPS for The Monster’s Daughter: 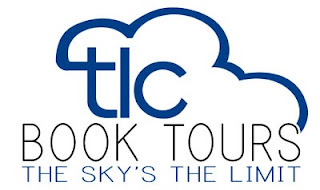 Wonderful review Sharon! You went so much more in depth with the book than I did. I found my self getting lost in trying to describe the story without spoilers but you do it so well. It is definitely an ambitious book and I agree that it would be excellent for book club discussion. ;-)

I recently found out that my great-great grandfather left England and went to South Africa to fight in the Boer War, so mention of that time period at the start of your review definitely caught my attention. This book is at the top of my TBR list right now!

It's definitely a fascinating read Heather and entertaining whilst giving an educational history lesson too. I thoroughly enjoyed it.