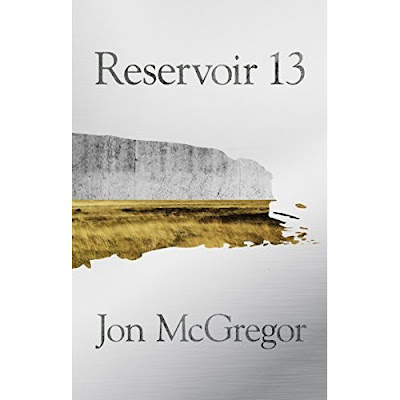 I would like to introduce Scott my first guest reviewer on my blog. I have worked with Scott for over a year and have thoroughly enjoyed working with him during this time. Scott has however, decided to move on to other endeavours and even though I'll miss him, I wish him every success.  Fortunately he has agreed to be a guest reviewer for Jon McGregor's 'Reservoir 13' and here is his review.

When reading McGregor’s work you quickly become aware that you are reading something different. If you were feeling particularly adventurous you may even call it something new. His style is obviously beautiful yet often opaque and enigmatic.
Characters can be seemingly nondescript and yet we simultaneously feel we know everything we need to know about them. Reservoir 13 is McGregor’s best work so far.

Spanning 13 years this is an epic. And yet what takes up the major proportion of the novel are not events that are epic in scale but comparatively minuscule. The life cycle of a family of foxes as they go through breeding and birth, the migration and return of the swallows each summer. The guaranteed, uninterrupted presence of nature is a prevalent theme that is refreshing to read. This constant quality of nature is one of the few certainties we get throughout the book, with certainty being something the novel sometimes lacks.

It begins as most of McGregor’s fiction does; a traumatic event that leaves ripples in the surrounding society. We enter into the narrative believing it to be a missing person thriller. A girl holidaying with her parents has gone missing. McGregor keeps this missing person narrative sustained by little more than a spider's thread at times as it becomes clear this is a novel that instead takes the effects of time and dealing with grief as its central narrative concern. The goings-on of the village, its people and the natural world that surrounds it are what occupies Reservoir 13, amongst which are whispers and rumours of a missing girl - a glimpse at the narrative we first thought to be reading. It is a very neat trick that McGregor utilises to create an at times stunning novel.

I have always believed that Jon McGregor is a writer whose style most closely mimics the rhythms of everyday human thought and experience. If his previous works, to their credit, could be seen as attempts at creating a unique style, then Reservoir 13 is where the winning formula begins to shine through. For me, this novel not only confirms my prior views but brings McGregor’s work into an ever more exciting territory. 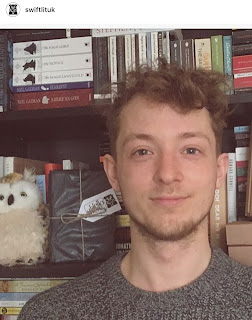 "My name is Scott and I am the creator of SwiftLit.  I have thought long and hard about what I want SwiftLit to represent and below are just a few points that have gone into forming the business so far:

1. I want to provide a subscription box that offers great literary fiction to everyone in an accessible way.
2. I want to communicate the passion I have for books with a wider group of readers.
3. I want to challenge people to read things they may not have considered picking up before.
4. I want to create a company that offers individuals the chance to connect over a passion for books and lively debate!

I'm sure in the evolution of this company many things will likely change, but the core points raised above are at the centre of SwiftLit's ethos and I hope to bring that into everything we do.
Everyone who follows is a potential future customer so the more people who see that the better."

Thank you Scott for being the first guest reviewer for SJ2B House of Books and for such a great insightful review.  It's certainly made me bump Reservoir 13 up on my reading list. I wish you every success with the SwiftLit Company.

You can find out more about SwiftLit by going to the company Instagram site here: https://www.instagram.com/swiftlituk/

Hopefully this will be one of many more guest review posts.