The Trader of Saigon by Lucy Cruickshanks 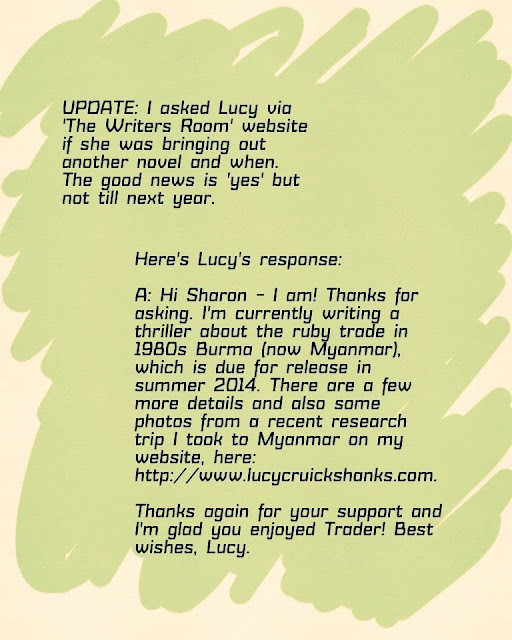 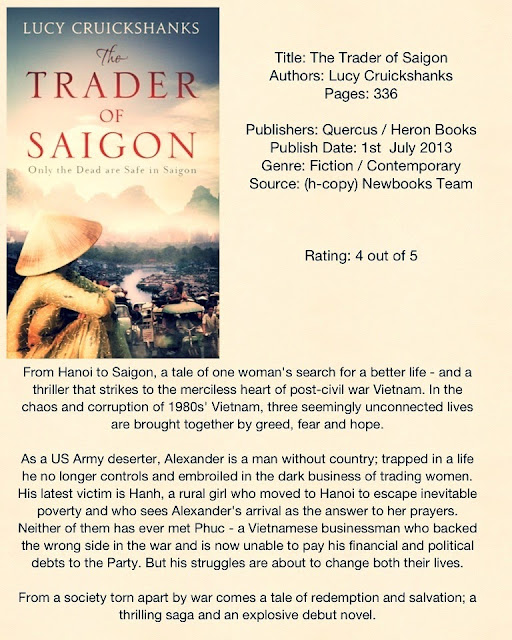 
'The Trader of Saigon' by Lucy Cruickshanks is set in the 1980's Vietnam.  It is primarily about 3 main characters, Phuc a once affluent  businessman (pre war) who is now desperately trying to do the best for his family in the miserable circumstances they now find themselves.

Hahn a 15 year old girl trying to survive as best she can in abject poverty looking after her sick mother and working as a latrine girl.

Alexander, a coward and deserter from the US Army; a man of very little substance struggling with his demons but making a very comfortable living from the trafficking trade.  He is an extremely unlikeable character with many failings, some out of his control, but most of his own making.  I felt ambivalent about Alexander but eventually formed the opinion that he could only do his best under the circumstances.

The main characters paths cross in dramatic and unexpected circumstances and 'The Trader of Saigon' is an enjoyable, if somewhat unsavoury, read which I found hard to put down. The pace is gentle at the start but rages to an ultimate climax which kept me reading right into the early hours. It is ultimately a tale of survival, retribution and forgiveness.

Lucy Cruickshanks has written this tale in a beautiful, simplistic style, painting vivid scenes of a foreign land and culture.  I was drawn so easily and quickly into this world.  I could almost smell and feel the atmosphere, the sights and sounds of the streets of Hanoi and Saigon. The impending malevolence palpable from every alley or street corner. The apprehension and fear that anything could happen to you with no help of rescue or assistance.

This is an outstanding debut novel which I enjoyed very much and it will certainly appeal to a wide audience.  'Reading groups' would definitely have some interesting and lively conversations.

I am looking forward to what Lucy Cruickshanks does next.

Thank you to the Team at Newbooks for the opportunity to review this title.