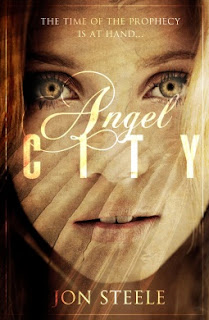 Prologue: The 13th Century, a Holy War between the Cathars and Crusaders in Montsegur, French Pyrenees is being fought. Or ... the followers of another religious faith including women, children and infants are being slaughtered in most horrific and torturous ways.

We are then launched  into current times, 3 years on from the cataclysmic events in Lausanne, with a terrorist attack in Paris. Harper becomes involved and an extremely profound and evocative scene is played out with a child clinging to her mortally wounded father,  and Harper's internal struggle to comply with orders or to help comfort a dying soul.  Does he do the right thing?...  What is the right thing ?

Katherine, is unknowingly being medicated with tea potions to control her memories as an overload of remembering would render her insane.  She is living in Oregon, a 'safe town' with her 2 year old son Max, and Officer Anne Jannsen her designated personal Swiss guard. Oh and nearly forgot, Monsieur Booty !

Harper has had various assignments in many human bodies over the millennia and has been mind wiped, once again, for his current assignment.  His actions result in endangering him in his mortal and immortal forms. How much time does he have left to save 'Paradise' from apocalyptic prophesy? How will he deal with the haunted memories surfacing from his body's former soul ?

Is Angel City as good as The Watchers? Definitely ! It has a different style to The Watchers which had a slower pace, haunting, ethereal with a blast of action.  Angel City's plot has more complexity and darkness, and is pretty much more action based with strong horrific scenes of modern day terrorism being played out between the forces of good and evil.  It also brings into play a lot more mythology which maybe a teaser for more of what's to come in the final instalment.

We are introduced to some new characters.  I found the horribly scarred Astruc  addictively mysterious.  Who is he, and what does he want ? The same goes for his companion, an odd looking boy called Goose.

Although The Watchers could be read as a stand alone, Angel City cannot without the reader becoming confused and have no idea what s going on.  Angel City does not end neatly but on a cliff hanger making it essential to read the trilogy in order of sequence.

I eagerly await 'The Way of Sorrows', and am pretty sure Jon Steele will deliver another magical masterpiece.  The only drawback will be in this being the end to this trilogy.

Jon Steele writes with such causality and depth with the exceptionally compassionate vibe of one who has seen far more than one should and remain mentally intact.  I also believe he has something to say within his novels but I don't want to dwell on that here. You either feel it or you don't.  Either way Angel City is an exciting, suspenseful, fast paced read incorporating mythology,  history and faith.

Whilst 'googling' Jon Steele I found several you tube videos with him introducing both novels and an interview conducted by blogger, 'For winter nights - A bookish blog'.

Thank you to NetGalley, Random House UK, Transworld Publishers, with special thanks to September for giving me the opportunity to review this book.